A legacy fund has been established in honor of beloved cheesemonger Anne Saxelby, who died last October. As we noted then, Saxelby, who opened a tiny stall in the Essex Street Market in 2006, was instrumental in changing perceptions about fine American cheeses. But she also made a huge impact on the Lower East Side by helping to sustain the historic market during some very tough years and by setting a foundation for her fellow vendors to succeed in the new Essex Market, which opened in 2019.

The Anne Saxelby Legacy Fund First Annual Benefit will take place on September 14 at Chelsea Market, from 6pm – 10pm. The event will feature food and drink from over 60 well-known chefs, celebrating her life and “future generations of farmers, chefs and artisans.” The fund provides fully paid apprenticeships for young adults to live and work on sustainable farms.

“Anne grew into a leading advocate for American farmstead and artisanal cheeses, introducing them to leading chefs and discerning customers. In attendance will be many of the artisans Anne worked with in cheese and who now participate in the Anne Saxelby Legacy Fund, including her friends at Jasper Hill Farm, Ploughgate Creamery, Von Trapp Farmstead, Uplands Cheese, Consider Bardwell Farm, Spring Brook Farm and Meadow Creek Dairy to name a few. Various charcutiers and other artisans who were featured at Anne’s shop will also showcase their products.”

Visit the Benefit’s Eventbrite to see the full list of participating chefs and artisans, and to purchase tickets, which have a base price of $250 and a sliding scale beginning at $50 and ranging up to $10,000, the cost to employ and house an apprentice to a working farm for one month. 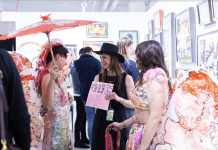 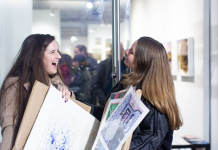