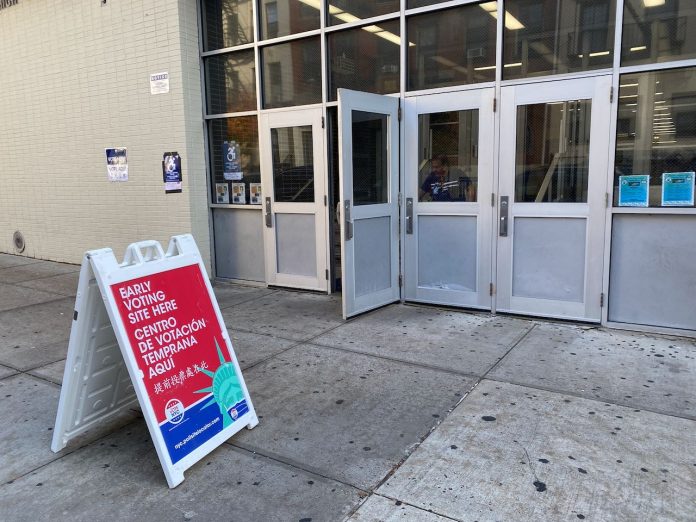 Photo: An early voting site on the Lower East Side was pretty quirt on Saturday.

–Early voting is over in New York City. If you haven’t voted in the general election, you will need to cast your ballot on Election Day on Tuesday. Find your polling station here.

–Residents have been complaining for years about the traffic bottleneck and safety concerns at the intersection of Grand Street and Clinton Street, but no solutions are in sight. [PIX 11]

–Tenant activists and elected officials are turning up the pressure on the city administration and landlords, after reports surfaced that almost 90,000 rent stabilized apartments in the city are sitting vacant. [The City]

–A state judge “nullified the environmental impact statement for the Haven Green project,” the senior affordable housing project on the site of the Elizabeth Street Garden. The city will appeal. [The Real Deal]

–The 303-room Moxy Lower East Side hotel opens on the Bowery with five drinking and dining venues. [Hotel Management]

–What’s up with those huge 5G cell towers you see popping up throughout the city, including on the Lower East Side? Read on. [The New York Times]

–A profile of LES Prep, where students speak 36 languages. [ABC 7]