Lower East Side news and notes from the past week:

–An overview of New York’s Primary, which takes place on Tuesday. [The New York Times]

–On the Lower East Side, the election to watch on Tuesday is the primary in the 65th Assembly District, where Grace Lee, Denny Salas and Illapa Sairitupac are competing to succeed Yuh-Line Niou, who’s running for a congressional seat. [The New York Times]

–Sairitupac goes on the offensive regarding Lee’s campaign donations. [PoliticsNY]

–Police are looking for a suspect who lit a spa on Eldridge Street on fire. A man and a woman who were inside the business suffered injuries and were hospitalized. [Channel 7]

–Checking in on “Anarchy Row,” where activists have been fighting the mayor’s homeless street sweeps. [The New Yorker]

–A couple of notable openings: Time, an omakase sushi counter called Time at 105 Canal St. and a speakeasy-style cocktail spot, Paper Planes, hidden in the garden area behind Tzarevna at 154 Orchard St. [The New York Times] 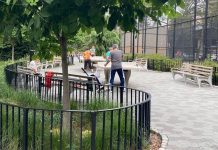 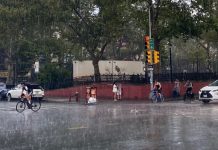 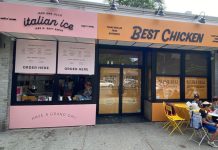