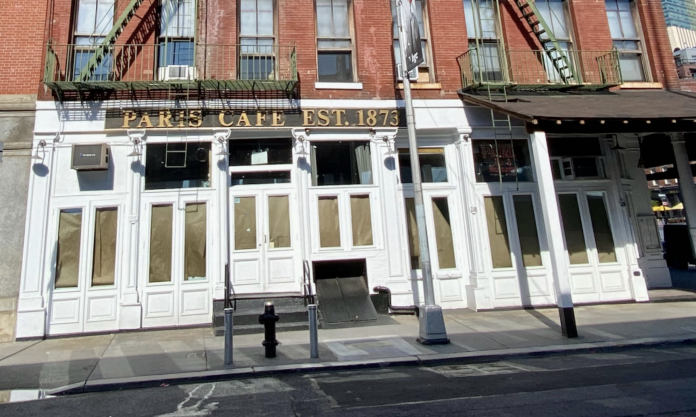 It was a tough blow during the pandemic when Pete O’Connell, owner of the Paris Cafe in the Seaport area, announced he was closing the popular neighborhood hangout, one of New York’s oldest bars.

But it appears a new version of the Paris Cafe will be operating at 119 South St. in just a few weeks. According to an Instagram post, the restaurant and bar will be reopening in November. In the comments section, people were curious to know whether O’Connell was behind the comeback. He is not.

Back in July of 2020, Tribeca Citizen reported that the longtime owner of the building, Emilio Barletta, had gone before Community Board 1 with plans to take over the space, keeping the decor, including the beautiful Victorian bar, and the menu.

In May of 2020, O’Connell posted an announcement that read, in part, “Through no fault of anyone but the outbreak of this virus we are unable to forge a way forward that makes economic sense. We had no option but to close our doors.”