Poster House, a new museum dedicated exclusively to posters, is teaming up with Chinatown Art Brigade, to host a virtual panel focusing on “Art Against Gentrification,” on Thursday, July 15, 2021, at 1:00pm.

The panelists will include Betty Yu, a multimedia artist, photographer, filmmaker, and activist born and raised in NYC to Chinese immigrant parents, Diane Wong, an Assistant Professor of Political Science at Rutgers University who writes at the intersections of American politics, Asian American studies, critical urban studies, cultural and media studies, and community rooted methodologies, and Em He, a member of the Chinatown Art Brigade and a housing justice and anti-displacement organizer.

Chinatown Art Brigade is a collective based in Manhattan’s Chinatown that focuses on work that “centers art and culture as a way to support community-led campaigns around issues of gentrification and displacement.”

In the early weeks of lockdown, the museum partnered with Times Square Arts, Print Magazine, and For Freedoms to fill Times Square’s billboards, and thousands of digital displays across the city, with messages of support for first responders. They also partnered with chef and activist Grace Young and Videographer Dan Ahn to create Chinatown Stories, a video series we wrote about here, chronicling the impact of COVID-19.

Current exhibitions in development include “a reevaluation of the legendary designer Julius Klinger’s impact on commercial culture, Hunter S. Thompson’s run for sheriff in Aspen, Colorado, and the blue-chip artists who created a slate of posters advertising the opening of the Lincoln Center.” 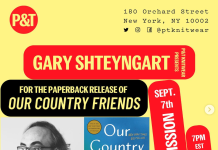 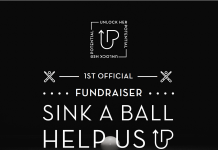