Beth Israel Hospital, a fixture on the Lower East Side since 1889, is shuttering its 16th Street building and opening a much smaller facility in the neighborhood. The downsizing announcement was made today by the medical center’s owner, Mount Sinai Health System.

Hospital executives say that less than 60% of the 800 beds in the current building are in use at any given time. Mount Sinai plans to sell the property, which is valued at about $600 million. It will build a new facility with around 70 beds and an emergency room two blocks to the south of Beth Israel’s longtime home. It’s part of a $500 million strategy being rolled out by the health care conglomerate to “transform care delivery” and “dramatically improve access, increase quality and preserve jobs.”

More details from a press release distributed by Mount Sinai a short time ago:

Central to the downtown transformation is the new, smaller Mount Sinai Downtown Beth Israel Hospital, which will include approximately 70 beds and a brand new state-of-the-art Emergency Department (ED), located at 14th Street near Second Avenue — just two blocks south of the current Beth Israel campus. This ED will accept ambulances and will be able to handle all emergencies, such as heart attack, and stroke, on site. It will also include a pediatric ED. Patients with the most complex conditions will be stabilized and transported to other hospitals in the Mount Sinai Health System. Service at the existing MSBI ED will continue without interruption until the new facility opens, which is expected in about four years. The new MSBI hospital’s inpatient beds may be increased in the event the community’s healthcare needs require additional capacity. Mount Sinai will also be making a substantial investment in the Phillips Ambulatory Care Center (PACC) on Union Square, where renovations are already under way. At 275,000 square feet, PACC will be New York’s largest freestanding ambulatory care center in New York. It currently houses a full range of multispecialty services, including a state-of-the-art same day surgery center, radiology, surgical and medical specialties, pediatrics and obstetrics. PACC’s services will be expanded to include endoscopy and additional medical and surgical specialty services. Same day surgery will include 24/7 services for extended recovery. By early 2017, the site will also house a comprehensive urgent care center with weekend and evening hours.

While Mount Sinai executives say services will not be diminished, the news is already being met with alarm throughout Lower Manhattan. As the Wall Street Journal explained today:

(The) plan continues a broader retrenchment of hospitals in New York City, where a number of facilities have closed in recent years due to financial losses or under a statewide plan to reduce excess capacity. The 2010 closure of St. Vincent’s Hospital, in Manhattan’s Greenwich Village neighborhood, angered local residents who feared loss of access to emergency care and other medical services. Cabrini Medical Center, in Manhattan’s Gramercy Park, closed in 2008 and Long Island College Hospital, located in Brooklyn, closed in 2014. In recent weeks, rumors of Beth Israel’s closure have worried local residents and elected officials. “Any downsizing or closure at Beth Israel threatens to further strain an already overburdened network of health-care providers in Manhattan, reduce healthcare options and curtail services in the immediate neighborhood, and eliminate jobs,” wrote seven elected officials, including U.S. Rep. Carolyn Maloney and City Councilmembers Daniel Garodnick and Rosie Mendez, earlier this month. 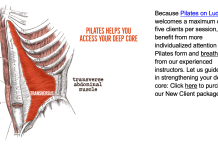