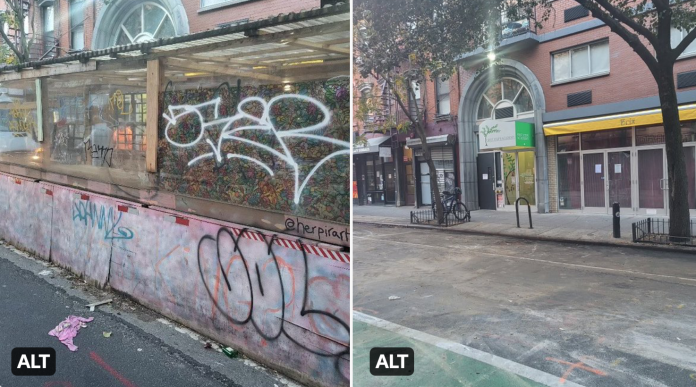 In the news this week:

–Here’s a good one: “After a lag, a developer brings relatively rare luxury housing to the Lower East Side.” They’re talking about the new condo tower alongside the former Bialystoker Nursing Home building at 222 East Broadway. Currently on StreetEasy, prices range from $975,000 for a studio to $6.9 million for the penthouse. The broker pushing these apartments, Richard Cantor, says, “The shabby-chic quality of the neighborhood is changing, and I guess we’re sort of part of that.” [Crain’s]

–There’s another legal push to stop the mega-projects planned in the Two Bridges area. [The City]

–A look at efforts to create community land trusts to create affordable housing on the Lower East Side. [The Indypendent]

–We should soon learn the fate of development plans on Governor’s Island. [Hell Gate]

–Young thieves are said to be posing as art students and swiping items — but no art — from Lower East Side galleries. [Artnet]