The Lower Manhattan Cultural Council (LMCC) announced Wednesday it has appointed Craig T. Peterson, formerly Vice President of Visual and Performing Arts at Henry Street Settlement and the Artistic Director at Abrons Arts Center, as its new President. Peterson arrived at Abrons in 2016 and oversaw programming throughout the multi-use arts space.

He led artists as well as local community members through some tough times as a crucial pivot was needed when the pandemic hit and live performances (and classes) were halted. We spoke with him (here) about reimagining creative community in the time of COVID in 2020.

In a press release, Peterson said, “I believe that artists are the heartbeat of NYC and we must make every effort to increase their ability to innovate and present work, particularly as we emerge from the pandemic.”

Prior to his role at Abrons and Henry Street Settlement, Peterson was Co-Artistic Director of Dance Theater Workshop (DTW, now known as New York Live Arts) and Director of DTW’s Community Development program from 1996-2004; Designer of the Live Arts Brewery (LAB), a program for artistic research and development in the Philadelphia Live Arts Festival (now known as FringeArts); and Director of the Philly Fringe Festival. Peterson also served as Director of Programs at GibneyDance, where he curated and directed programming for the Dance Center’s dance studios, performance venues, and public art gallery.

As the borough of Manhattan’s arts council, LMCC has grown beyond lower Manhattan to serve artists and communities throughout Manhattan and includes the area of Governors Island in its reach. It will celebrate its 50th anniversary in 2023 and is embarking on a campaign “to support the next fifty years of The Arts Center at Governors Island…as a publicly accessible, global hub for arts and culture, research, development, and education centered on climate solutions and environmental sustainability.” 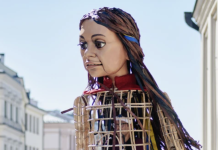 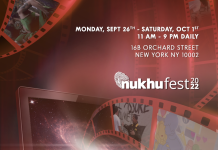