Lower East Side resident Sophia Chang is a true example of what is known today as a “multi-hyphenate.” She is known for managing some of the biggest names in R&B and hip hop like Q-Tip, the rap group A Tribe Called Quest and members of the Wu-Tang Clan including RZA, GZA and Ol’ Dirty Bastard.

She’s also the self-titled, “first Asian woman in hip hop.” Her memoir, The Baddest BItch in the Room, is currently being developed into a scripted series at FX and she recently launched a mentorship program for women of color called Unlock Her Potential.

Chang told Variety, “What I’m trying to do with Unlock Her Potential is force America’s gaze,” Chang said. “There is so little mentorship for women of color. When people say that they have mentorship programs for women, I know what that means: it means a white women majority because white is the default in this country.”

The team is hosting their first fundraiser for the organization on Thursday, July 28 at 5:30pm at Sour Mouse. Chang writes: “The VIP event will include bites and beverages from a number of local sponsors, as you’ll see on the flyer. Then I will read from my memoir THE BADDEST BITCH IN THE ROOM. There will also be pool, ping pong, and dancing!”

You can buy tickets here.

Add your neighborhood events to our calendar here. 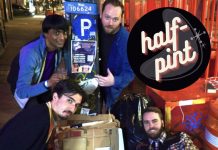 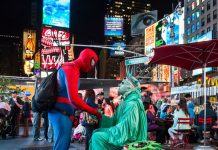