Jeffrey Hoffman is a licensed attorney in New York whose practice focuses on clients in the cannabis industry, including licensees in the adult-use cannabis market, practitioners in the medical cannabis space, and cannabis adjacent product and service providers. He has a particular interest in social and economic equity cannabis license applicants, and he also informs and assists those convicted of cannabis offenses in getting such convictions expunged from their record.

On March 31, 2021, the Marihuana Regulation & Taxation Act (MRTA) became the law of the land in New York. Generally, it legalized adult-use cannabis in the state and established a basic framework for licensing the cultivation, processing, distribution, retail dispensing, delivery, and on-site consumption of cannabis. The legislation also created the Office of Cannabis Management (OCM) governed by the Cannabis Control Board (CCB).

Some parts of MRTA are already in full effect in New York. It is now legal for a person 21 years of age or older to use cannabis products and possess up to three ounces of cannabis flower and up to twenty-four grams of concentrated cannabis. In a departure from other states, which strictly limit the consumption of cannabis to private homes or other private spaces, New York allows the smoking of cannabis in any location where smoking cigarettes is allowed.

Over the course of 2022, the OCM will draft a regulatory scheme for the implementation of MRTA. Generally, the licenses will likely start being issued and businesses will start opening in 2023.

However, in a very recent development, the CCB has decided to issue a special Conditional Adult-Use Retail Dispensary License. This license will be available to individuals (and their parent, legal guardian, child, spouse, or dependent) who were convicted of a cannabis related crime before March 31, 2021 and are able to meet other criteria. These retail licenses will be the first issued in New York, and the associated retail stores are expected to open later this year. Additionally, New York is establishing a $200M fund which will assist these licensees with store locations and upfit.

New York has created some of the most liberal cannabis laws, not just in the United States, but anywhere in the world. New York allows consumption anywhere cigarettes are allowed and will have on-site consumption lounges which will be like bars but with cannabis instead of alcohol. It is quite likely that within the next five years, New York City (New Amsterdam) will take the title of “Cannabis Tourism Capital of the World” from the current holder: (Old) Amsterdam.

Those that are interested in participating in this novel industry are well advised to start forming their business plans and preparing for the submission of their license application.

Attorney Advertising. This information is not a substitute for professional legal advice, does not create an attorney-client relationship, and is not a solicitation to offer legal advice. If you ignore this warning and convey confidential information in a private message or comment, there is no duty to keep that information confidential or forego representation adverse to your interests. Seek the advice of a licensed attorney in the appropriate jurisdiction before taking any action that may affect your rights. 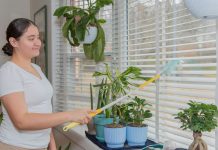 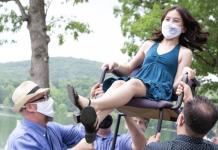 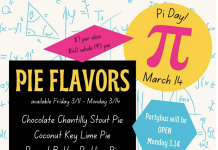