“Caridad De La Luz, who is also known as La Bruja…has performed, hosted and taught at the Cafe since 1996. She also founded the performance space El Garaje, is a co-director of the Bronx-based arts collective Pepatián, and has served as a board member of the nonprofit Voices UnBroken, as well as a community organizer at The Point and an ensemble member of Pregones/Puerto Rican Traveling Theater. Her artistic career has included starring roles on- and off-Broadway; appearances on HBO, PBS, and in Spike Lee’s Bamboozled; and teaching engagements with Harvard, NYU, Rutgers, Stanford and many other universities.”

Daniel Gallant served as Executive Director for 13 years and shepherded the Lower East Side cultural institution through a large-scale renovation, while helping to bring the Nuyorican online. You can read about the renovation and an interview with Gallant here. 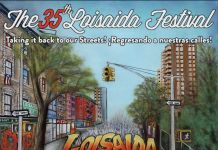 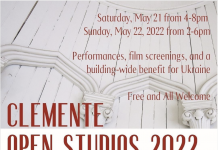 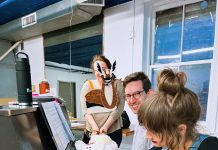