Sheldon Silver, the once powerful Lower East Side state assemblyman died this week at the age of 77. His death, while serving a federal prison sentence for political corruption, prompted observers from Lower Manhattan to Albany to to revisit his complicated legacy.

The cause of death was not publicly released (an autopsy was reportedly scheduled), but Silver’s attorneys had previously said he battled cancer and kidney disease. He died at the Nashoba Valley Medical Center in Ayer, Massachusetts on Monday. Judy Rapfogel, Silver’s former chief of staff, told The New York Times that he’d been incarcerated at the Devens Federal Medical Center.

Silver was elected to the Lower Manhattan assembly seat in 1976 and became speaker in 1994. In 2015, federal prosecutors accused him of accepting over $4 million in illegal payments in exchange for taking official actions that benefited a cancer researcher and real estate developers. While he was found guilty by a Manhattan jury that same year, he managed to avoid serving time in prison until 2020 through a series of appeals and legal maneuvers. Silver was serving a 6 1/2 year sentence at the time of his death.

Silver, born and raised on the Lower East Side, drew on a strong base of support in the Grand Street cooperatives. His father ran a hardware store in the neighborhood. He attended the Rabbi Jacob Joseph School. Silver often reminisced about playing basketball on local courts. Until his incarceration, he lived in the Hillman Co-ops and was a regular presence at the Bialystoker Synagogue.

On the Lower East Side, Silver will be remembered for his strong support for many different organizations and local projects but also for his longtime opposition to building affordable housing on the former Seward Park urban renewal site (known today as Essex Crossing). While he eventually relented, the powerful lawmaker blocked redevelopment for decades.

Assemblyman Richard Gottfried told the Times, “Shelly Silver was one of the strongest forces for progressive issues in the New York State Legislature… It’s a tragedy that those achievements have been overshadowed by his criminal record.”

“He was a fighter for his constituents and his work to rebuild Lower Manhattan after the terrible events of 9/11 will never be forgotten. I will remember Shelly for his many legislative accomplishments,” said Carl Heastie, who succeeded Silver as speaker after he was forced to step down.

At a court hearing in 2018, Silver told Federal Judge Valerie Caproni, “I pray I will not die in prison,” and his lawyers asked that he be able to perform community service rather than being sentenced to a long prison term. When Silver finally exhausted his appeals two years later, Caprini said, “Mr. Silver, his time has come… He needs to go to jail.”

Silver is survived by his wife, Rosa, and four children, Edward, Esther, Janine and Michelle. 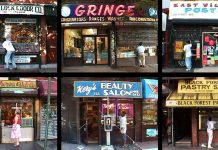 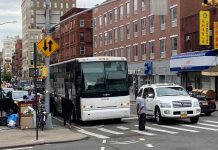 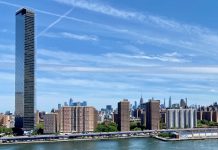