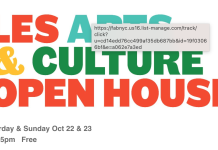 A Lo-Down reader sent in photos as activists from the global (and local) organization Extinction Rebellion effectively shut down northbound traffic on the FDR highway yesterday near the southern tip of East River Park. Protesters sat in the middle of the highway, chained to metal barriers, in protest of a lack of global governmental climate action.

The group’s mission statement describes themselves as “a global nonviolent movement to compel the world’s governments to address the climate and ecological emergency.” The protesters were arrested peacefully but first the NYPD had to use a welder to unchain a few of them.