This provides notice that the City of New York’s Office of Management and Budget (OMB), as the “Responsible Entity,” as that term is identified by 24 CFR 58.2(a)(7)(i), together with the New York City Department of Parks & Recreation (NYC Parks), has issued a Joint Record of Decision (ROD) and Findings Statement that formally selects Alternative 4 as the Preferred Alternative to be implemented along a portion of the east side of Manhattan and related improvements to City infrastructure. OMB is the grantee of United States Department of Housing and Urban Development (HUD) Community Development Disaster Recovery (CDBG-DR) funds appropriated by the Disaster Relief Appropriations Act, 2013 (Pub. L. 113-2, approved January 29, 2013) related to disaster relief, long-term recovery, restoration of infrastructure and housing, and economic revitalization in the most impacted and distressed areas resulting from a major disaster declared pursuant to the Robert T. Stafford Disaster Relief and Emergency Assistance Act of 1974 (Stafford Act) in calendar years 2011, 2012, and 2013. OMB implements HUD’s obligations under the National Environmental Policy Act (NEPA) through duly authorized Certifying Officers.

The Joint ROD and Findings Statement was prepared pursuant to City Environmental Quality Review (CEQR), Mayoral Executive Order No. 91 of 1977, and the City Environmental Quality Review Rules of Procedure found at Title 62, Chapter 5 of the Rules of the City of New York (CEQR), and in accordance with SEQRA [New York Environmental Conservation Law (ECL) Article 8 (8-0101-8-0117)]. NYC Parks, as Lead Agency under SEQRA/CEQR, together with OMB, as Lead Agency under NEPA, has given consideration to the facts and conclusions relied upon in the FEIS and determined that the requirements of CEQR and Article 8, Section 8-0109 of the ECL and implementing regulations (6 NYCRR Part 617) have been met.

Pursuant to 24 CFR Section 58.43, this Notice of Intent to Request Release of Funds (NOI RROF) satisfies procedural requirements for project activities proposed to be undertaken by OMB.

Purpose: The purpose of the proposed project is to address coastal flooding vulnerability in a manner that reduces the flooding risk while enhancing waterfront open spaces and access to the waterfront.

Project Description: On October 29, 2012, Hurricane Sandy made landfall, greatly impacting the east side of Manhattan and highlighting the need for the City of New York (the City) to increase its efforts to protect vulnerable populations and critical infrastructure during major storm events. Hurricane Sandy, a presidentially declared disaster, caused extensive coastal flooding, resulting in significant damage to residential and commercial property, open space, transportation, power, and water and sewer infrastructure, which in turn affected medical and other essential services. As part of its plan to address vulnerability to such major flooding, the City is proposing the East Side Coastal Resiliency (ESCR) Project (the proposed project), which involves the construction of a coastal flood protection system along a portion of the east side of Manhattan and related improvements to City infrastructure. The Preferred Alternative for the proposed project is Alternative 4: Flood Protection System with a Raised East River Park.

The area that would be protected under the Preferred Alternative (the protected area) includes lands within the Federal Emergency Management Agency (FEMA) 100-year special flood hazard area (SFHA). In addition, the protected area also takes into consideration the 90th percentile projection of sea level rise to the 2050s. Based on these assumptions, the protected area includes portions of the Lower East Side and East Village neighborhoods, Stuyvesant Town, Peter Cooper Village as well as East River Park and Stuyvesant Cove Park inland of the flood alignment. Within the project area, the City is proposing to install a flood protection system generally located within City parkland and streets, which would consist of a combination of floodwalls, levees, closure structures (e.g., floodgates), and other infrastructure improvements to reduce the risk of flooding. The Preferred Alternative would raise the majority of East River Park by approximately eight feet and would limit the length of exposed wall between the community and the waterfront to provide for improved neighborhood connectivity and integration. In addition to providing a reliable coastal flood protection system for this area, another goal of the proposed project is to improve open spaces and enhance access to the waterfront, including East River Park and Stuyvesant Cove Park.

The City has entered into a grant agreement with HUD to disburse $338 million of CDBG-DR funds for the design and construction of the proposed project. The City is the grantee of CDBG-DR funds related to Hurricane Sandy for the development of a coastal flood protection system, which would be provided to the City through OMB, acting under HUD’s authority.

Availability of Joint Record of Decision and Findings Statement

Public Review: The Environmental Review Record (ERR) for this project, which includes the ROD, Final Environmental Impact Statement (FEIS), and Technical Memorandum 001, is available online at https://www1.nyc.gov/site/cdbgdr/documents/environmental-records.page. Hard copies of the ERR documentation are available for public review during regular business hours at:

Further information may be requested by writing to the New York City Office of Management and Budget, c/o Calvin Johnson, Assistant Director CDBG-Dr, 255 Greenwich Street, 8th Floor, New York, NY 10007, or by emailing  CDBGDR-Enviro@omb.nyc.gov. This combined notice is being sent to individuals and groups known to be interested in these activities, local news media, appropriate local, state, and federal agencies, the regional office of the U.S. Environmental Protection Agency having jurisdiction, and to the HUD Field Office, and is being published in newspapers of general circulation in the affected community and the City, in compliance with the ESCR Citizen Participation Plan.

Public Comments:  Any individual, group or agency may submit comments on the ROD and NOI RROF via the following methods:

All comments should be received by December 23, 2019, or fifteen (15) days from the actual date of publication, whichever is later, to be considered by OMB prior to authorizing submission of a Request for Release of Funds and Environmental Certification to HUD. If modifications result from public comment, these will be made prior to proceeding with the expenditure of funds. Once complete, responses to comments will be published on the following website: https://www1.nyc.gov/site/cdbgdr/documents/environmental-records.page.

Request for Release of Funds and Certification

On or about January 2, 2020, OMB’s certifying officer will submit a request and certification to HUD for the release of CDBG-DR funds in the amount of $338 million as authorized by related laws and policies for the purpose of implementing the East Side Coastal Resiliency Project.

Environmental Certification: OMB certifies to HUD that Melanie Hartzog, in her capacity as Certifying Officer, consents to accept the jurisdiction of the U.S. federal courts if an action is brought to enforce responsibilities in relation to the environmental review process and that these responsibilities have been satisfied. HUD’s approval of the certification satisfies its responsibilities under NEPA and related laws and authorities and allows OMB to use CDBG-DR program funds.

Objection to Release of Funds: HUD will consider objections to its release of funds and OMB’s certification for a period of fifteen (15) days following the anticipated submission date of the Request for Release of Funds or its actual receipt of the request (whichever is later) only if they are on one of the following bases: (a) the certification was not executed by the Certifying Officer of OMB; (b) OMB has omitted a step or failed to make a decision or finding required by HUD regulations at 24 CFR part 58; (c) the grant recipient or other participants in the development process have committed funds, incurred costs or undertaken activities not authorized by 24 CFR Part 58 before approval of a release of funds by HUD; or (d) another Federal agency acting pursuant to 40 CFR Part 1504 has submitted a written finding that the project is unsatisfactory from the standpoint of environmental quality.

*This is a paid public notice. 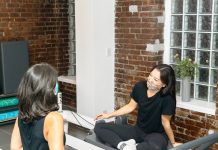