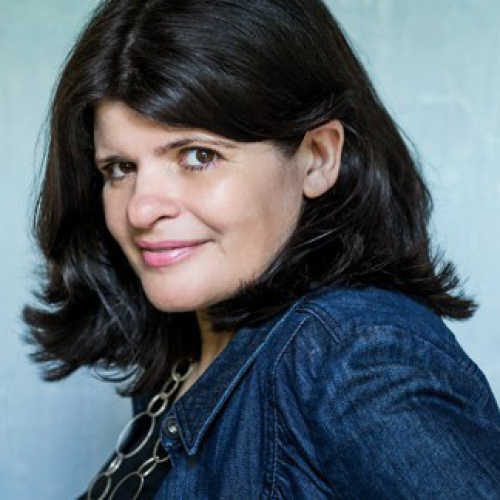 This story was written by local author Laurie Gwen Shapiro.

Until a few days ago, I didn’t know Maureen Cooke well; we had really never talked much. Her youngest child was a year younger than mine back at their East Village preschool, and he was a year behind Violet in middle school. One day, who knows when, we added each other on Facebook. Since then, we’ve occasionally liked each other’s statuses, but mostly, we wave to each other on the M14A bus, or have uttered banalities when passing on Avenue A.

Scrolling through my Facebook feed last week, I stopped at Maureen’s post: “This is the hardest day of my life.”

She was burying a child. After my frisson, I read the comments on her page. The child was not the young son I knew, or her teen daughter who is few years older than mine, but yet another child who has passed at 30. She had not specified the cause of death but it was clearly most unexpected. Mark Xavier Lewis. A pastor, and a youth basketball coach. She posted that a basketball league was being named after him at Hamilton Fish Recreation Center, and that anyone who felt inclined should drop by.

Was it even appropriate to go? I decided I had to, and two days later walked past the pool and out by the back of the basketball courts. Hair pulled back in loose ponytail, Maureen sat on a bench lent for the ceremony. In the strong summer light of August, I saw a woman put through the wringer. She was weeping, yet surrounded by her real friends. I sat in the corner. It didn’t matter if she saw me. But she did.

She walked over and thanked me for being there. Of all the punishments of motherhood, soiled diapers, screaming adolescents, the fear of losing a child before you looms largest.

What could I offer her? My eyes ready to burst, I whispered, “I’d like to write about your son. So there is a neighborhood record. Think about it and Facebook message me.” She nodded.

A few days later I got a ping. We agreed to meet at the Starbucks on Allen Street.

Sipping coffees, we connected authentically for the first time. I had no idea she was a writer, too. Maureen just got her creative writing degree at Hunter. “Took me over twenty years, I was a single mother, but now I am married, now I have the luxury of raising my kids. But I have been scared to write what I have to say, there are just so many psychological scars. I was scared to get it all down, even before Markie was gone.”

I felt a jolt of protectiveness, and cut in: “What do you want to share with the neighborhood?”

“Did you go to Mark’s celebration of life service at St George’s Episcopal Church?”

I did not. I knew the church though, on 16th Street, across from my elementary school?

“That’s the one. It was packed, overflowing, 800 people I heard, so many people from the neighborhood, numberless people coming to me, telling me how he effected them – he was born and raised on the Lower East Side. But they came from everywhere, from Queens, from Brooklyn. The last couple of days have showed me that Mark had a tremendous effect on young people. He stood for hope, love, and acceptance. He wasn’t your average community do-gooder. He worked with kids and teenagers as a youth pastor for Trinity Grace Church  and as a project director for New Life Church, a faith-based youth organization that has been around since 1971. Laurie, some of these kids are tough sorts others would not put the time in for. My Markie reached them, they listened to him. He worked at New Life for nine years and also went through the program himself. You remember the man in the wheelchair by the basketball courts? That was Bill Lynch, who’s been the head of Hamilton Fish’s sports program for 30 years. He said he would honor Mark as long as he lives, that he was the best coach he ever met, and one of the best human beings. And then I heard that the West 4th Street basketball leagues are naming a league after my Markie. That’s the effect he had.”

Maureen wiped yet another tear.

“They all loved him. I’m condensing his past, but he was always a leader as a child, was the captain of his football team at a Christian boarding school, he graduated from Fordham University with his undergraduate degree and he just graduated this past May from Nyack College/Alliance Theological Seminary, where he worked hard for his Masters in Divinity degree. He was married for three years to a beautiful woman (Yamileth Martinez Lewis). My heart is breaking, but I want on record for this community that we just lost a beautiful youth leader at the tender age of 30. A life so rife with possibility…”

She stopped. Bravely, Maureen lifted her chin, and offered me a sad smile. “If you like, take photos off my Facebook page – there are nice ones there.”

Outside the door, we hugged. We agreed to have coffee again soon.