The summer heatwave was no match for hundreds of athletes from across the United States and Canada as the the 26th annual New York Mini Volleyball Tournament took place on the Lower East Side this past weekend.

Tennis courts, basketball courts and even a schoolyard was turned into volleyball courts catering to almost 80 teams that had signed up for the NY Mini, a program hosted by the New York Strangers Sports Organization. Contenders and volunteers spent a hot Friday to set up for the two day tournament, which started early on Saturday morning and ended late Sunday night.

The New York Strangers Sports Organization is a nonprofit organization that helps Asian American youth through competitive sports and community outreach. Their goal is to teach the youth “virtues of teamwork and leadership in order to develop active citizens in the community.”

9-man was first played by Chinese immigrants with roots in Toisan. Tournaments have been held since the 1930’s with the intention of bringing laborers from Chinatowns across the country together. This game holds special meaning as “a man’s game.” Only men of Chinese descent are allowed to play– rules specify that at least six players, 100 percent Chinese descent, must be on court at all times, with the other three players of Asian descent.

New to the tournament but not to game, Fanny Ng, 20, part of the Brooklyn College volleyball team and captain of the NY New Life Now Warriors, admitted the competition was fierce and  nerve-wrecking but loved every moment of it. “It was exhilarating,” she said. “Having so many eyes watching me play is what motivated me.” Ng and her team has high hopes for next year’s Mini. 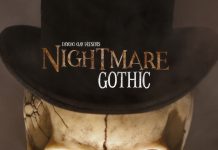 Nightmare Haunted House Team Returns to the Lower East Side