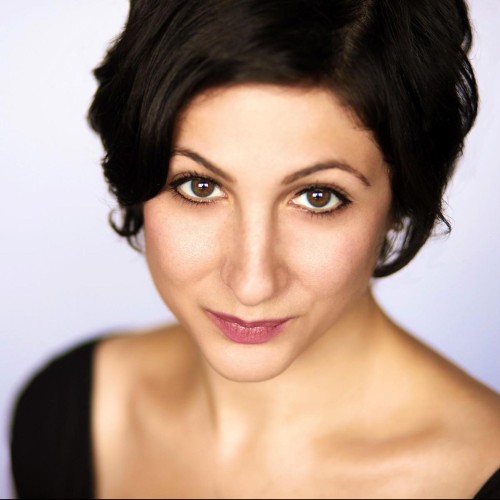 Editor’s note: This story was written by a new contributor to The Lo-Down, New York City journalist Helaina Hovitz.

Last week, the second annual RFK Young Leaders event went down at the Angel Orensanz Center, on Norfolk Street. The space was perfect: blue lighting, gothic architecture, crystal chandeliers, and a neon pastel pink, orange, and green exterior.  The fundraiser, hosted by Kerry Kennedy, was a boost for their newest campaign, “Except Farm Workers” which advocates giving New York farm employees the same basic labor rights that everyone else in the state receives.

Guests ate shish kebab, stuffed grape leaves and pork buns, while dessert was aplenty: a “Snoball” machine (shaved ice and syrup out of a tiny cup, tough to pull off daintily) and lots of mini cupcakes from competitors Magnolia Bakery and Tea & Jam, and pretzels with “beer cheese.”

“I’ve been looking for beer cheese my entire life,” said a trendy guest, originally from Kentucky.

Two flat screens flagged the synagogue’s bimah (now a stage), showing looped footage of a family from struggling to survive.  After calling the Junior Board up on stage, Ian Manhiemer, co-founder of RFK Young Leaders, said, “We don’t just raise money and have a party…although tonight we most definitely will do that.”  Kerry Kennedy herself hopped onstage next wearing denim jeggings and a black trench coat.

“Who here has ever had foie gras in a NYC restaurant?” She asked the crowd. “It’s so good isn’t it? If you have, it came from Hudson Valley Farms, because they have a monopoly on foie gras. Well, I just spoke to one of their workers, and he hasn’t gotten a day off in ten years.”

“’What about after 28 days? Do you get a day off then?’ I asked him, because that’s how long it takes to get a duck fat and slaughter it for foie gras.”

He said, ‘No, because then the baby ducks come in.’

‘How about on Christmas?’

‘No, because the ducks have to eat on Christmas, too.’

“That same worker has also been living in a ten by fourteen-foot room with two married couples and three single men for the past decade ten years.”

As the crowd began to disperse, she unfortunately had to stop, instructing them, “You stay here ’til I finish speaking.”

“These are outdated laws that were instated by White Dixiecrats, Southern senators, who didn’t want blacks to have the same rights as whites—Ok, if I’m up here, and my lips are moving, then yours aren’t supposed to be,’ she interrupted herself to scold the chatty crowd. “They said they’d only pass the laws if it didn’t apply to domestic help, day laborers, and farm workers. Those were the only three places where blacks could have jobs,” she explained.

When the presentation was over, the crowd headed back to the bar as celebrities like Homeland’s Timothee Chalamet prepared to read monologues from “Speak Truth to Power,” a play based on a project of the Robert F. Kennedy Center for Justice and Human Rights.

Actor Dominic Fumusa, best known of his role on Nurse Jackie, said he didn’t know much about the problem before attending, but “has obviously been told a ton about it.”

“I had no idea it was that bleak,” said the actor who lives in Carroll Gardens with his family.

His Nurse Jackie co-star, Betty Gilpin, was last to read a monologue about escaping from the sex slave trade.

QuestLove started his DJ set at 10pm. Never one for press, Quest, got his share of attention a couple days earlier after tweeting, “dear @McDonalds if yall don’t sponsor (Cleveland hero) Charles Ramsey like, right now…”

Hopefully, McDonalds takes better care of its own farmworkers these days, too.